Here’s everything we know so far about the Netflix adaptation of Shadow and Bone.

Leigh Bardugo’s Shadow and Bone trilogy and Six of Crows duology, are being adapted as a Netflix show.

Shadow and Bone is a trilogy chronicling the story of Alina Starkov, a sixteen year old who finds out she is a rare and powerful grisha, a person with magic abilities. This discovery sets her on a path of politics and war in Ravka, a fantasy country inspired by 1800s Russia. Six of Crows is a duology  that follows six vastly different criminals as they take on an impossible heist. Although set in the same world—the Grishaverse—the stories are set in different countries and years apart. How they’ll be combined for the Netflix adaptation is still unclear.

The news was first announced in January 2019, and writing for the series—headed by showrunner Eric Heisserer (writer of Arrival, Bird Box)—wrapped in June 2019. As of July 15th, a tweet from Leigh Bardugo made it sound as though some casting decisions have been made, although none have been announced yet.

Afraid not. And I really can’t say anything except that I’m truly, truly thrilled with the casting decisions we’ve made so far. https://t.co/MY7J8pHYDG 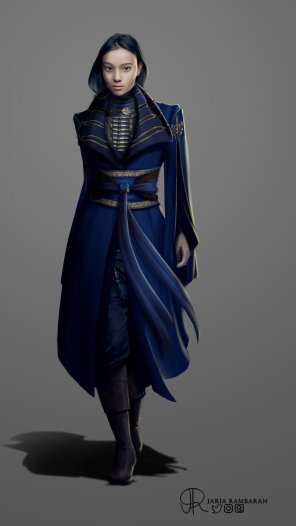 An international open casting call for the role of Alina Starkov was tweeted by Heisserer in April, and with it came the announcement that they would cast a half-asian actress for the role. The ethnicity of the character had never been explicitly stated in the books, and fan reactions to the news were mixed. Some fans were excited for the diversity while others would have preferred an actress that more closely matched how they imagined the character.

Grishaverse followers! CASTING announcement.
We are kicking off with an international search for ALINA before we start on other roles.

For the series, Alina is half Shu (Asian). It is a decision Leigh and I made together after a lengthy discussion of the character.

According to the tweet, Alina was the first character they were looking to cast. With the news that at least a few characters have now been cast, it’s safe to assume the actress for Alina has been found.

The first season of the show, currently called Shadow and Bone on IMDb, will be eight episodes long. The release date has not yet been announced.