Wordfest is happening now in Calgary, an annual event celebrating books and writing with author talks and workshops to attend. My budget doesn’t allow me to attend everything I wish I could, but I did manage to make it out on the first day to a talk with Cherie Dimaline which I was very excited for. So excited, in fact, that I arrived early at…the wrong library.

I made it, in the end, halfway through the talk which was a shame, but I was still excited to listen to, and later meet, Cherie Dimaline. She talked about the inspiration for her novels and read from her newest novel for adults, Empire of Wild.

“Empire of Wild is based on an old story my grandmother used to tell me,” she said to the room of eager and attentive readers earlier this afternoon. “And I’m just going to leave it there.”

Empire of Wild is about a woman named Joan whose missing husband shows up again with no memory of her and a whole new identity, and who may be up to something. Joan intends to remind her husband of who he is.

If at this point of my post, you still don’t know who Cherie Dimaline is, I’d like to point you in the direction of my review of The Marrow Thieves from last year. As I say in the review, it is a powerful story, eloquently told, and with lovable characters, and I highly recommend it if you haven’t read it already. 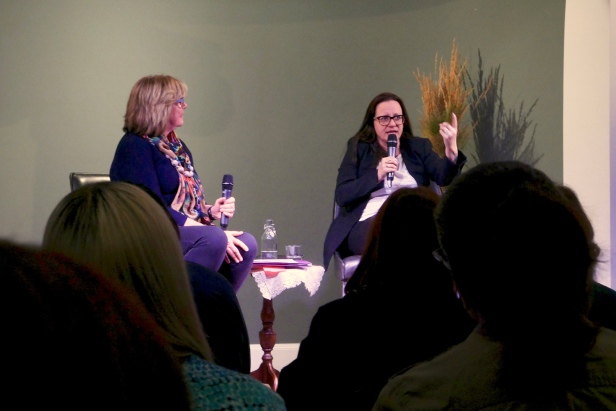 The Marrow Thieves is the only work by Dimaline I’ve read thus far, so I can only speak of it when it comes to the author’s work (at least until I get my library copy of Empire of Wild). Dimaline is indigenous Canadian and her stories reflect that, with The Marrow Thieves being set in post-apocalyptic Ontario and echoing the tragedy of Canada’s own history with racism, residential schools, and institutionalized genocide. Yet, with the grim topics that form the history within the book as well as our own world, Dimaline also brings to her stories hope and empowerment.

Dimaline herself seems to both internalize and exude the hope that seeps into her stories. Even as she talks about her family being forced from place to place as their land was taken over, she adds in quips and jokes that has her audience laughing with her. Her grandmother becomes a prominent part of Dimaline’s personal history, described by her as the “Keeper of Stories”. Even when speaking of the pain felt after her grandmother passed—”I couldn’t speak, because I had just lost her and she was my stories.”—Dimaline talks of hope and good, then in the form of Maria Campbell, an established Métis author and community leader, who told her “‘[…] we need your voice, so you’re not sad anymore because I’m your grandma now.'”

Dimaline spoke of “stories” throughout the talk, not just the ones she wrote or the ones bound and printed, but the stories of old, the history passed down through generations and, sometimes, forgotten.

“All of us, wherever we are from in the world, have old stories,” Dimaline said. “And part of what we understand [was] the problem when new people came here to settle, was that they had forgotten to bring their stories with them.” She continues, “If you don’t have your stories, you lose connection and you become the equivalent of children. […] You need those original instructions.”

To conclude, Dimaline urges us, her audience: “Go and find your original stories, because they’re there, and they’re remarkable.” 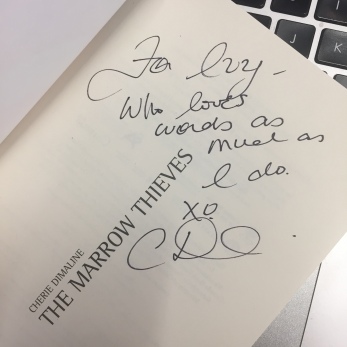 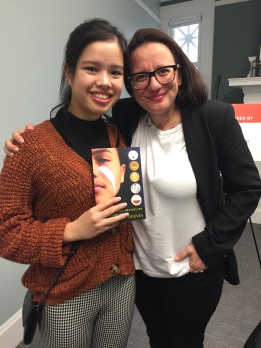 One thought on “Cherie Dimaline on Stories”