My sister started asking me for book recommendations this past year. I’ve been asked for recommendations before, and by her before, but this year she got on a roll and I had book after book ready for her consumption as she finished the last. And they’re all good books, though not all necessarily recent. I also read a ton of great books myself this year, many of which overlap with the recommendations I gave my sister. I figured I’d put them down here, because good books ought to be known.

#1 The Female of the Species by Mindy McGinnis

I wrote a review for this which you can read here.

#2 Pride and Prejudice by Jane Austen

A classic with feminist undertones and well-rounded female characters. What more could you want? When I read this, and then my sister, we definitely had moments of “Ohhh, buuuuuurn!” and “Oh no she didn’t!” and “He’s an idiot. I love him.” So take from that what you will.

#3 The Hate U Give by Angie Thomas

I was going to wait until I’d seen the movie to do a sort of joint movie-book review, but I still haven’t seen the movie and it’s now been months since I read the book. It was wonderful. Thomas is an expert at pulling us in and the protagonist, Starr, was strong and well-thought out. When I finished, my first thought was, “This is everything a book should be.”

#4 The Marrow Thieves by Cherie Demaline 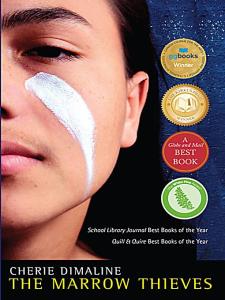 Check out the review I wrote here.

#5 They Both Die at the End by Adam Silvera 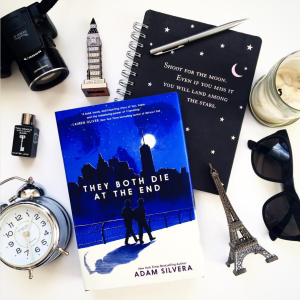 From my Bookstagram caption on January 18th, 2018:

A sweet story. Bit of a downer, but endlessly inspiring. I think Mateo and Rufus are the two newest additions to my list of favourite characters, a pair perfectly partnered.

Featured in this picture: A clock that doesn’t tick and a candle that doesn’t light. I tried to light it for the picture, but I guess it’s finally reached its end. Somehow, it’s more fitting this way.

Also, this cover (design by Erin Fitzsimmons and art by Simon Prades) is beautiful and genius. Notice their shadow? And the sky? Gaaahhhh gorgeous! I have a thing for beautiful covers, you should know that about me.

#6 Children of Blood and Bone by Tomi Adeyemi 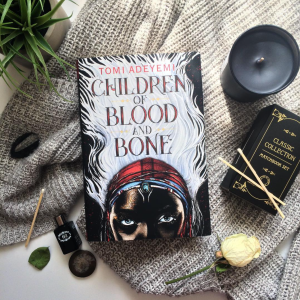 A masterfully-written fantasy, with intricate storylines and a rich world, driven by a headstrong protagonist and likeable mains. This was an epic adventure story, which used it’s fantasy setting to comment on real-world issues while still allowing for the escapism that is often sought in novels.

#7 Six of Crows by Leigh Bardugo 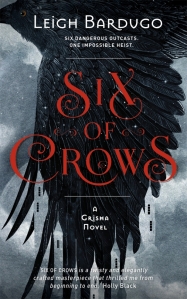 This was the first heist book I’ve read in ages, and I forgot how much I love them. On top of that, it’s a fantasy with a detailed world and an intriguing magic system. The plot is carried by the six main characters, some which stood out more than others, and all of whom had interesting relationships and motives that played off of one another well.

What book did you read this past year that you think deserves a recommendation? Tell me about it below! Happy New Year!